This is simply a memoir I had always thought about writing. I really don’t know how far I will get and the fact that I am making it public works as an impetus for me to continue.  Music has been a part of my life as long as I can remember and it is the glue that ties these memories together. I have always been aware of the rhythm and sounds of life and they have shaped my consciousness, friendships, beliefs, education, and family life.

I grew up in a very musical household in Grandville, Michigan, a suburb of Grand Rapids.

My mother, Nancy Poltrock, is an accomplished pianist, organist and piano teacher. She has served as a church organist, accompanist for the Grand Rapids Symphonic Choir, Grand Rapids Symphony pianist/keyboardist, 8 Piano Concert performer and a host of other keyboard and piano gigs that deserve a story of their own. She was a huge influence on me.

Growing up, I would often be shaken awake by her faithful practicing… scales, arpeggios and whatever music she was working on at the time. There were many times when I would hold my pillow over my head and try to get back to sleep. She was very diligent about rehearsing and this became an important influence in my own practice habits.

My parents often told me I was infatuated with music and would run into the TV room to watch the commercials because I enjoyed the jingles. At four years of age I remember the Beatles’ “I Want To Hold Your Hand” and “Love Me Do” when I heard them on the radio. I still love the Beatles and will argue with anyone about their merits as the world’s greatest rock and roll band. I am also delighted to report that they landed at JFK on my fifth birthday, February 7, 1964.

As the sixties progressed, my pop culture musical influences included Disney movies, the Banana Splits, Monkees, Cowsills, and Osmonds. My older bother was, by now, into the heavier stuff and I enjoyed listening to Creedence Clearwater Revival, Black Sabbath, and the Woodstock Soundtrack from my side of the bedroom wall.

Classical music was also a strong influence during this time, as my mom brought home music from Mussorgsky, Tchaikovsky, Beethoven, Copeland, and a vast variety of other composers. I really liked this stuff, too.

Particularly anything bombastic and impressive. (I was a kid, you know). There would be rehearsals she would drag me to as well, and I was exposed to the seamy underbelly of symphonic instrumentalists and vocalists. The comraderie was evident and, this too, made an impression on me. It looked like fun!

I also was introduced to a parade of piano students through my home as I grew up and my mother started me on my own lesson program at about six or seven years old. My father, Tom, was a high school math teacher and also the coach of the Godwin High School football team. He also instilled a sense of discipline, as you can imagine.

Discipline is great, but not as a kid. Before long my mother was sending me down the street for my piano lessons because I didn’t apply myself with her lessons. I guess the mother/son teaching thing just wasn’t working out. I didn’t practice the piano much until the day before my next lesson. I was a less than diligent student for my early piano teachers.

Music is the strongest form of magic. 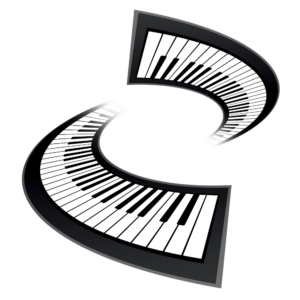